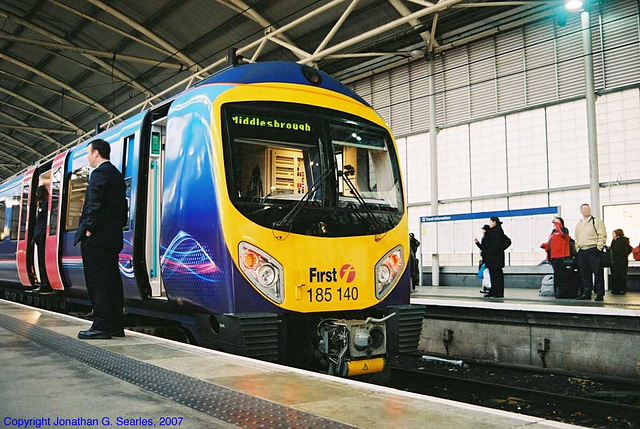 Among the newest trains in Britain are these Class 185 DMUs, which are intended for express and longer-distance regional services outside of electrified territory. Obviously, they often wander in and out from under the wires, and here's an example of that at Leeds, where 185140 is waiting to depart with a service to Middlesborough. In order to allow them to make full use of the British rail network and not hold up traffic, Class 185s are authorized to run at 125 m.p.h. where track conditions permit, as on this service. I originally never expected this shot to come out properly, as I shot it at f4 and 1/45, which I was sure would blur, but in reality it came out quite crisp, to my amazement.
Suggested groups:
Comments