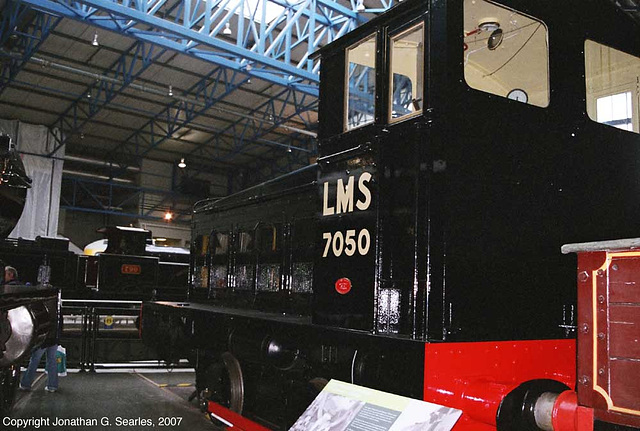 7050 was one of the first diesel locomotives in regular service in Britain, being part of the London Midland & Scottish Railway's limited attempts at dieselising shunting duties in the 1930s. Surprisingly, it's been preserved, and this was largely due to its long career in the War Department, which didn't end until 1979.
Suggested groups:
Comments