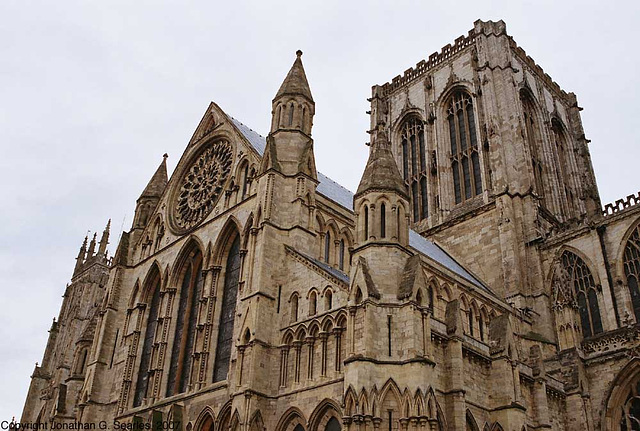 York Minster is the largest gothic cathedral in northern Europe, although so much of it is under scaffolding so much of the time it's often hard to get a good photo of it. This shot is an exception, since it doesn't show the whole Minster. Come to think of it, taking a photo of the whole Minster is quite a challenge if you don't have a helicopter, due to its massive size and the close proximity of other buildings. York Minster was built during the years 1220-1472, but there are believed to have been churches on the site since 627.