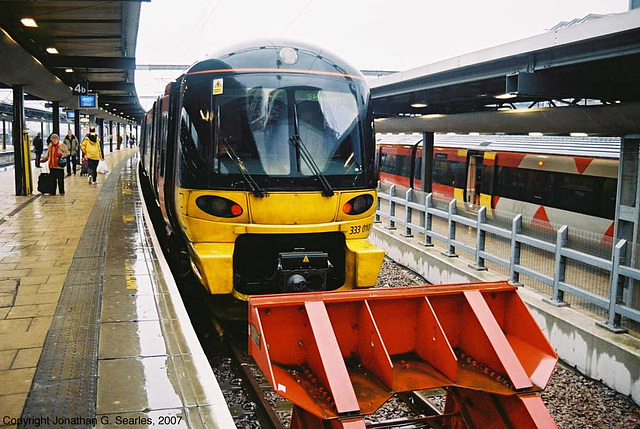 Maybe the best known service worked by 333s other than the Heathrow Express is the Metro Trains service from Leeds New Station to Skipton. This service, which is monsterously fast for a local service, with 100 m.p.h. sometimes possible, was originally worked by old Class 307 EMUs with slam doors!! I actually had a chance to ride some of the last of those in 1998 before these 333s came into service. When I rode the 307s, it was on the way to Keighley for my first ride on the Keighley & Worth Valley Railway.
Suggested groups:
Comments