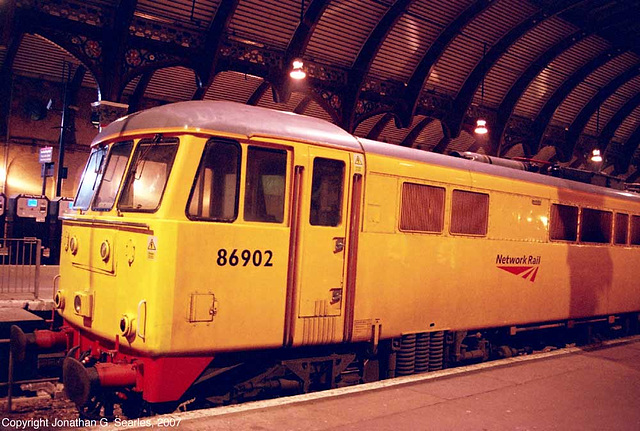 The British Rail Class 86 electric was originally introduced in the 1960s for 100 m.p.h. Intercity passenger services on BR's West Coast Mainline, but today Class 86s have been replaced there by Class 87s and by the new Class 390 Virgin Pendolino tilt trains. Since the 1970s, when the Class 87s came into service, however, Class 86s have been used on mail trains, on the Great Eastern mainline after it was electrified in 1987, on charters, on freights, and in this case, in Maintenance of Way service. It is actually a bit rare to see a proper Network Rail locomotive, but since Network Rail took over their own track maintenance one would have to assume that having some dedicated locomotives have become a good idea.
Suggested groups:
Comments