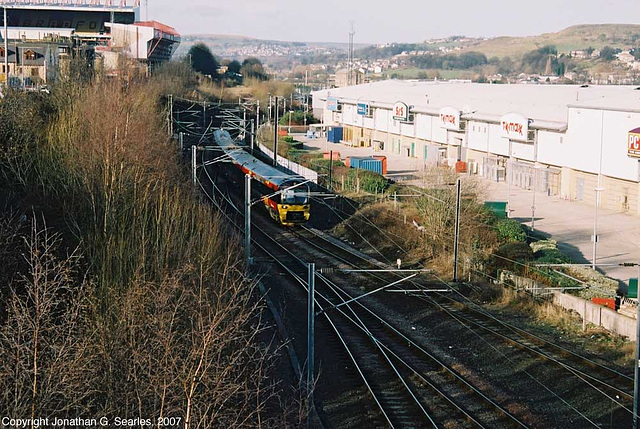 Bradford, a city of a quarter of a million people, is large enough to have two major rail stations, Bradford Interchange, which hosts diesel trains, and Bradford Forster Square, which can also host electrics. This is the throat for Bradford Forster Square, as you can see from the cantenary. The train is a Class 333 EMU, once used only on Heathrow Express services in London but now common in other parts of Britain as well, most notably on the Metro Trains services operated by First Northern in West Yorkshire, as here. These trains, while only EMUs designed for local services, and originally the Heathrow Express, can operate as fast as 100 m.p.h., and do so even on the Heathrow Express, making them the fastest trains in Greater London. This, however, is not London. :-)
Suggested groups:
Comments