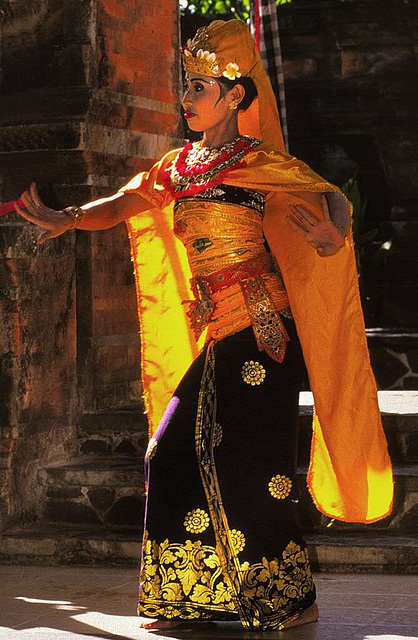 Other;Dissimilar story which also often presented in drama dance is Basur story, a folklore which is very popular among Bali society. Because at some part from it show present the scene try a fall and impenetrability ( modelling scene of death bangke-bangkean, jabing rangda with the cold steel freely) hence Calonarang is often considered to be a show of the impenetrability ( mind ).

The other Important figure from this drama dance is Matah Gede and Bondres. Because the performance, dramatari always entangled with Barong Ket, Calonarang is often compared to Barong Ket. Calonarang show usually accompanied by Gamelan Semar Pagulingan, Bebarongan, and also Gong Kebyar. From the facet of staging place, Calonarang show usually conducted near the grave ( Pura Dalem) and its staging arena is always provided with a high hall ( trajangan or tingga) and papaya tree.
Suggested groups:
Comments