art of paper-mache' in Lecce 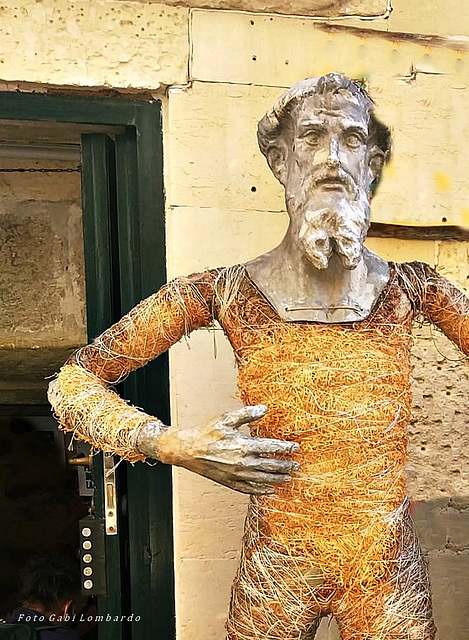 Well-known for its Baroque style, the city of LECCE, in Puglia, is also famous for the papier-mâché art (cartapesta in Italian).
So, what is Papier-mâché? Papier-mâché is a malleable mixture of paper and glue, which becomes hard when dry and can be painted and adorned.
This particular genre of art has become popular since 17th century in Puglia. In those times the development of art was closely connected with the religion.
That’s why so many papier-mâché masterpieces are displayed in numerous Churches of Puglia and all around world. For example, the Church of Santa Chiara in Lecce is remarkable for the papier-mâché decorations of its ceiling......

A lovely image and interesting narrative Gabi, I used to work with paper mache!
2 weeks ago. | Permalink

Superb artwork!
Very well shown and presented
Many thanks also for interesting note, Gabi
2 weeks ago. Edited 2 weeks ago. | Permalink

He should have an umbrella in case of rain !
2 weeks ago. | Permalink