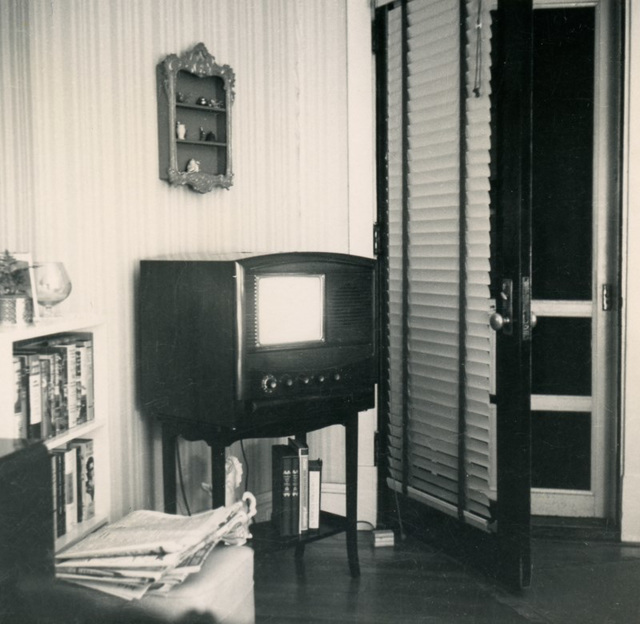 This is a photo of a Philco 48-1001 television set, which was manufactured in 1948 and had a 10-inch television screen. I bought this along with a second photo showing 1948 Republican presidential nominee Thomas Dewey and his wife at the Republican National Convention, which was held in Philadelphia, Pennsylvania, in June 1948. The image of Dewey and his wife is actually a photo of the screen of this TV set taken during the broadcast of the Republican convention, which was the first nationally televised presidential convention. See also a cropped version of the second photo. 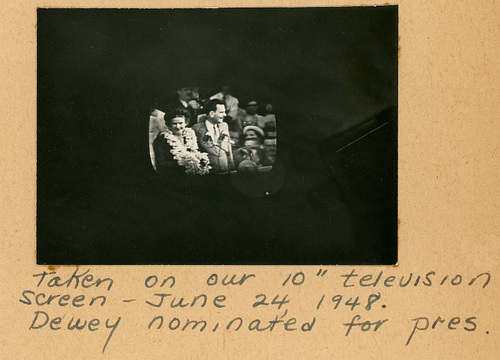 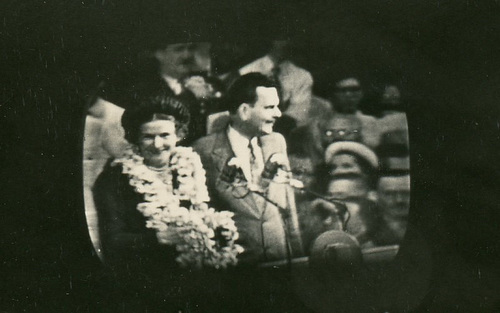 raingirl club
great to see! nice for you to collect. our first tv was given to my mom by her parents just before the moon landing - so she could see it!
3 months ago. | Permalink

Phil Sutters club
We didn't get a TV until towards the end of the 1950s
3 months ago. | Permalink

Deborah Lundbech club
Also, after tv shows, the excitement in the school yard!
I remember going into school in England the day after Dr. Who had first aired! The kids were wild! I remember the boys going around saying "I am A Dahlik" (Or however you spell it.) It must have been 1962/63, I think.
Anyway, amazing historical photos, Alan. Wonderful finds.
3 months ago. | Permalink
raingirl club has replied to Deborah Lundbech club
Dr. Who!! My brother loved that show, though I'm not sure what year it made it here. He still loves the first doctor. I came to Dr. Who decades later through my daughter and the re-booted show. Now I try and watch all the old ones as well. I just love the spirit of how one can do more than one thinks one can and that we are here together.
2 months ago. | Permalink

RicksPics club
Wow! An incredibly early set. Very interesting. I think we got our first set, a round-screened Zenith, in about 1952. It was in a cabinet with a set of doors that closed over the screen when it was not in use.
2 months ago. | Permalink
raingirl club has replied to RicksPics club
doors, fancy!
2 months ago. Translate | Permalink