A Beautiful Pink Star...and WE HAVE STARLINK!!! :D 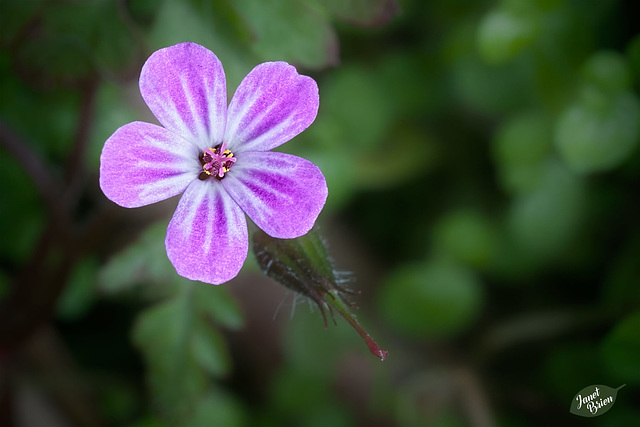 Plug your ears because I'm screaming in joy!!!

Steve and I used to live in San Francisco…that was about 17 years ago. When we left, download speeds were really starting to rev up and we enjoyed speeds of probably 2mbps--screaming fast for the time. Then we moved to southern Oregon and traded internet speed for jaw-dropping scenery, rural life and a slower pace which we adored. Our connection to the internet went down to .5mbps at best. For several years we dealt with that rate until finally the area was updated to 1.5mbps. Where it stayed until this day. It was so miserably slow that we actually had two lines coming in so we could each have our own dribble to the internet.

We've always kept an eye open for updates to the area's internet and for any tech out there which might help us. We could never do satellite in the past because it's not consistent, which means you can't play online games without dropping connection regularly. Since we both love online games when we're in the mood for them, satellite wasn't an option. Maybe fiber optic will get here someday but there seem to be no signs anytime soon.

Steve and I learned about Elon Musk's Starlink and he got our laser-focused attention instantly. We read excitedly about his plan to connect the world via a massive web of satellites that used a lower orbit. His hope to bring fast internet to rural locations had us hoping for a change to our miserable circumstances and we enjoyed seeing the amazing progress of this company. Promises of 30-150mbps download speeds had us hyperventilating in starry daydreams!

One day in October it was announced that a beta would be starting and anyone interested could sign up for the chance to participate. That very day we were on the list. The weeks and then months crawled by as we waited and hoped.

The Invitation Arrived!!!
About two weeks ago Steve found an email from Starlink waiting in his inbox with our invitation to join the beta!!! Minutes later we paid for the dish, signed up for their service and began the eons-long wait for our package to arrive. The estimate was about two weeks and it turns out they were totally accurate. We tracked our precious package as it made its way from Los Angeles to our home…it sat in LA for a week, there were stalls due to weather, and at one point last week it made it to a place in Oregon SE of us 1.5 hrs away called Klamath Falls--bouncing in excitement, we thought we might get it that day or the next! They were just teasing us. The next day it was in PORTLAND! NOOOOO!!! But finally we could see that it would be delivered the next day and we were beyond excited! Yesterday morning I heard the FedEx truck coming up the driveway. I alerted Steve, who nearly exploded out the front door to meet the driver who hadn't even come to a stop yet! The beaming smile on Steve's face when he carried the box into the house was totally priceless!

It took maybe an hour for Steve to set up our system and then I heard a maniacal snicker. Steve had just tested the speed. 74mbps download…74!!! OMG!!!!

Life with Starlink: Inconsistent Fabulousness!
The upgrade is nothing less than spectacular!! We get download speeds as high as 100mbps or more but it's usually fluctuating between 30-70. Also, things are not perfect…we were told to expect a number of outages every day lasting from just a few seconds to as long as 15 minutes. That's proven to be true. In fact, the disconnects made it impossible to use for online gaming. However, Steve is amazing! He figured out a way to hook up our dsl lines so that if Starlink goes down, we still have connection via the dsl. It's brilliant! Basically, we will always have our sloth-like 1.5mbps as a safety net, but when Starlink is up, our connection is screaming fast!

You should have seen us last night. Cuddling in bed with Pumpkin, Steve connected our tv to Netflix and attempted something that was laughably impossible before: we streamed a television show. Without even pausing (!!!!!), the show just PLAYED! At full size, at high definition…it just WORKED! PERFECTLY!!! Like a regular TV channel…only it was a streamed show from Netflix!!! We babbled in stunned shock, "I can't believe it!" "This is amazing!" "It's actually working!" "OMG, welcome to the modern world!" "It looks so GOOD!" LOL…

Needless to say, we're deliriously happy. Also, the issues we're having with disconnects will supposedly decrease as the days pass. Apparently there's performance data being uploaded constantly with minute changes are being made at certain points. New satellites will continue to be added which will also improve consistency. And incredibly, the plans are to increase the speed as time goes on! All we know is that everything is just so much better! Hooray for Starlink!!!

Today's Picture
Back in 2016, Steve and I went to see my dad in San Francisco, and one day we went to Golden Gate Park to take pictures. I found this gorgeous Pink Beauty blossom hiding low to the ground next to a walking path that just needed to be shared! :)

I'll be continuing my trip pictures in my next upload but today I had to jump up and down about Starlink!! HOORAY!! Please be safe out there everyone! :)

Suggested groups:
34 comments - The latest ones

have a nice evening
3 weeks ago. Translate | Permalink

Thank you! I always mix this one up!
3 weeks ago. | Permalink

Congratulations on your fast internet connection. We have fast internet from Deutsche Telekom and are also very satisfied. The flowering plant in the picture is most likely a wild Geranium species. Beautifully done!
3 weeks ago. | Permalink
Janet Brien club
has replied to cammino club

I always get this mixed up!
3 weeks ago. | Permalink

Thank you for posting your wonderful image to:
Splendeurs De La Nature
3 weeks ago. | Permalink

What wonderful news. Go on enjoying the fast speed...And downloading more of your lovely photos
3 weeks ago. | Permalink

Delicate and beautiful!
3 weeks ago. | Permalink

A lovely colourful flower image, Janet. What great news about your Starlink connection though. This was the first report I've seen on its use and it certainly sounds like a game-changer.
3 weeks ago. | Permalink

Congratulations, Janet ! And thanks for this beautiful picture !
3 weeks ago. | Permalink

Terrific star-link news and a beautiful flower as an accompaniment Janet, enjoy your surfing.
3 weeks ago. | Permalink

This is a really beautiful flower Janet...........perfectly captured with a lovely background.

I get the idea though that when you uploaded this, the photo was incidental to the need to share your joy..!!

Spectacular image! One of your best!!

So happy for your improved situation!
3 weeks ago. | Permalink

So happy for you, Janet. Enjoy your internet connection, but don't forget to go outside to get some more great photos to share with us.
3 weeks ago. | Permalink

A very beautiful photo of this pink flower in mid air!!
And I m so pleased that you have a better internet connection!
Best wishes, a good weekend, and keep safe!
Peter
3 weeks ago. | Permalink

Never heard of Starlink before, but the delight shining out of your words is just amazing to witness .I couldn't tell you what our internet speeds are here, but we don't have problems watching Netflix or anything like that - I've been binge watching "Designated Survivor" with Keifer Sutherland in it. I think I'm on episode 18 now!!!! I don't actually remember it being on the tv. I've been having problems with my computer, not being able to comment on any picture. I think I've sorted it out now - I do hope so.
11 days ago. | Permalink