San Francisco Zoo: Bald Eagle Narrowleaf Indian Paintbrush: The 163rd Flower of… 113/365: "Romance is the glamour which turns the d… San Francisco Zoo: African Helmeted Guinea Fowl A Hug & Dedication to my Wonderful, Dear Friend in… 114/365: "It does not do to leave a live dragon ou… 115/365: "Concentrate all your thoughts upon the w… Dumping Water on the Burn Pile The Beautiful Klamathweed Beetle (2 pictures below… Find of Yesterday: Tiny Red Frilly Flowers? Nope!… 116/365: "The skies turned to black, The oceans fe… 117/365: "Let us be grateful to people who make us… 118/365: "By the time we hit fifty, we have learne… San Francisco Zoo: Greater Kudu (1 pic below) Love Bugs Covered in Pollen! 119/365: "Come forth into the light of things, let… Psychedelic Rainbow Droplets OR Alice in Wonderlan… Dreamy Green Droplets 120/365: "All life is an experiment. The more expe… Bee Taking Off After a Tasty Iris Nectar Beverage!… 365: April Collage 121/365: "Just living is not enough. One must have… Graceful Stem and Lovely Tendrils Pure White Shortspur Seablush Madrone Blossoms San Francisco Zoo: Mandrill Baboon 111/365: "Each flower is a soul opening out to nat… Honey Bee on Maple Flower Channelling Red Stilletto San Francisco Zoo: Pair of Preening Penguins 110/365: "I'm always astonished by a forest. It ma… Sporophyte Tear Drops Spikey Moss San Francisco Zoo: Giraffe and Young Kudu 109/365: "I'd kiss a frog even if there was no pro… Mr. Green Jeans Dreamy Bird's Foot Trefoil (1 more pic below) San Francisco Zoo: Prairie Dog, and Janet Has Offi… 108/365: "Anger is as a stone cast into a wasp's n… Paper Wasp Guarding Her Nest (2 more pics below) Paper Wasp Nest Paper Wasp Egg Lovely Desert Parsley San Francisco Zoo: Sunbathing Penguin 107/365: "Blue thou art, intensely blue; Flower, w… 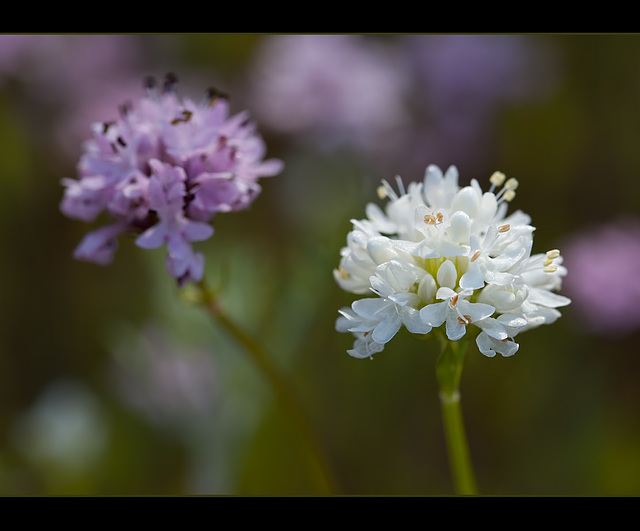 A couple of days ago I took the dogs on a quick walk around the property and as I went, I kept my eyes open for anything special to catch my attention. I was enjoying the lovely pink Seablush blossoms when I saw something that stopped me in my tracks. A PURE WHITE Seablush blossom!! Holy cow! These flowers are usually a lovely pink from deep to fairly pale, but this flower didn't have any white pigment in it at all! I couldn't take pictures then, nor was it possible yesterday, but first thing this morning, out I went with my camera with the hopes that it was still in good condition. Lucky me, it was just as beautiful as when I first saw it, and more surprising was that there were half a dozen other pure white flowers in that area! WOW! I took a bunch of pictures, and I have two to share today! :)

Isaac Asimov (January 2, 1920 – April 6, 1992) was an American author and professor of biochemistry at Boston University, best known for his works of science fiction and for his popular science books. Asimov was one of the most prolific writers of all time, having written or edited more than 500 books and an estimated 90,000 letters and postcards. His works have been published in nine out of ten major categories of the Dewey Decimal Classification. His only works in the 100s—which covers philosophy and psychology—were forewords for The Humanist Way (1988) and In Pursuit of Truth (1982), a festschrift in honor of philosopher Sir Karl Popper's 80th birthday. Wikipedia: Isaac Asimov

Beautiful flowers. I have never seen them in any color, I am sure.
14 months ago. | Permalink