116/365: "The skies turned to black, The oceans fell dead, no winds dared to blow, Then out the darkness with a thunderous roar, Leviathan rose up from the depths below." ~ Leviathan by Alestorm 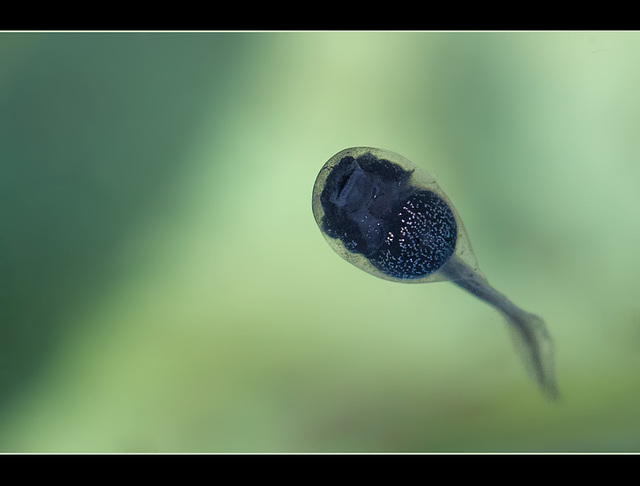 I went out to visit Lucky's Pond today and was delighted by all the life there! All kinds of animals live there, and oh my...you should see all the countless tadpoles in different sizes from 1/8" to 1/2" long! Wiggling here and there, wiggling everywhere! They are so very cute, and it's a whole pool fully of baby Luckies! :D I took pictures of many of the creatures I found there today, but when I saw this picture, I stopped looking! Little he may be in real life, but in this picture, this fellow could be a monster as big as a house! One of the things I love is the transparent area around its body, isn't that fascinating?! By the way, he is on his back, sipping mouthfuls of air, and beginning his change from 100% water-breathing to an eventual terrestrial frog who must breathe air, though he will always be able to absorb oxygen through his skin while in the water! :)

Alestorm is a folk metal band from Perth, Scotland. Their music is characterized by a pirate theme, and as a result they have been dubbed a "pirate metal" band by many critics and their fanbase. They refer to their genre as "Bacon Powered Pirate Core". Wikipedia: Alestorm
Suggested groups:
Comments