Bee Taking Off After a Tasty Iris Nectar Beverage!… 365: April Collage 121/365: "Just living is not enough. One must have… Graceful Stem and Lovely Tendrils Magic Hour 122/365: "Morning ... 'tis Nature's gayest hour!"… San Francisco Zoo: Silverback Gorilla Head-study San Francisco Zoo: Silverback Gorilla Daffodil Bride (1 picture below) [Explore] 123/365: "The longer you look at an object, the mo… San Francisco Zoo: Peacock Tail Black Russion Tomato Blossom 124/365: "Friendship is a word, the very sight of… San Francisco Zoo: Hamerkop Tiny Whitlow Grass Seeds 125/365: "Life is the flower for which love is the… Red On My Mind Darling Ladybug 126/365: "Earth laughs in flowers." ~ Ralph Waldo… San Francisco Zoo: Lion Abstract Iris Say Ahhhhhhh!!! 127/365: "Look at a tree, a flower, a plant. Let y… Dreamy Green Droplets Psychedelic Rainbow Droplets OR Alice in Wonderlan… 119/365: "Come forth into the light of things, let… Love Bugs Covered in Pollen! San Francisco Zoo: Greater Kudu (1 pic below) 118/365: "By the time we hit fifty, we have learne… 117/365: "Let us be grateful to people who make us… 116/365: "The skies turned to black, The oceans fe… Find of Yesterday: Tiny Red Frilly Flowers? Nope!… The Beautiful Klamathweed Beetle (2 pictures below… Dumping Water on the Burn Pile 115/365: "Concentrate all your thoughts upon the w… 114/365: "It does not do to leave a live dragon ou… A Hug & Dedication to my Wonderful, Dear Friend in… San Francisco Zoo: African Helmeted Guinea Fowl 113/365: "Romance is the glamour which turns the d… Narrowleaf Indian Paintbrush: The 163rd Flower of… San Francisco Zoo: Bald Eagle 112/365: "True delight is in the finding out rathe… Pure White Shortspur Seablush Madrone Blossoms San Francisco Zoo: Mandrill Baboon

120/365: "All life is an experiment. The more experiments you make the better." ~ Ralph Waldo Emerson 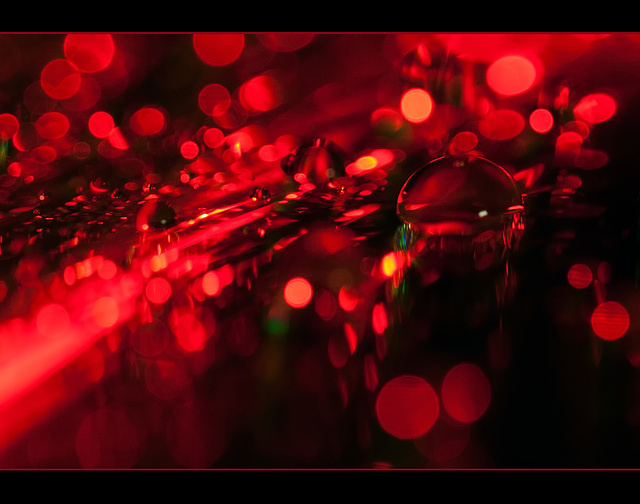 Today Steve and I celebrated the first official trike ride of a friend of ours who bought one after taking Steve's bike on a test ride. His (adult) son joined us and all four of us had a fabulous day on a 17 mile ride with a coffee stop in the middle and wonderful company all around.

After the ride we all went out to dinner at our favorite pizza restaurant with two other bike rider friends and it was so much fun that we didn't get home until after 8!

I didn't bring my camera with me today because we didn't want to worry about the extra security, and I knew that meant I'd be taking a night picture. When we got home, I got my camera, popped on the macro flash, grabbed a cd and a red led flashlight, sprayed water on the cd, and took a bunch of pictures! WHAT FUN! It was neat looking at the images on my computer, such interesting effects at a macro level! I'm sharing my three favorites, I hope you enjoy them! :) (Each is clickable!)

Ralph Waldo Emerson (May 25, 1803 – April 27, 1882) was an American essayist, lecturer, and poet, who led the Transcendentalist movement of the mid-19th century. He was seen as a champion of individualism and a prescient critic of the countervailing pressures of society, and he disseminated his thoughts through dozens of published essays and more than 1,500 public lectures across the United States. Wikipedia: Ralph Waldo Emerson