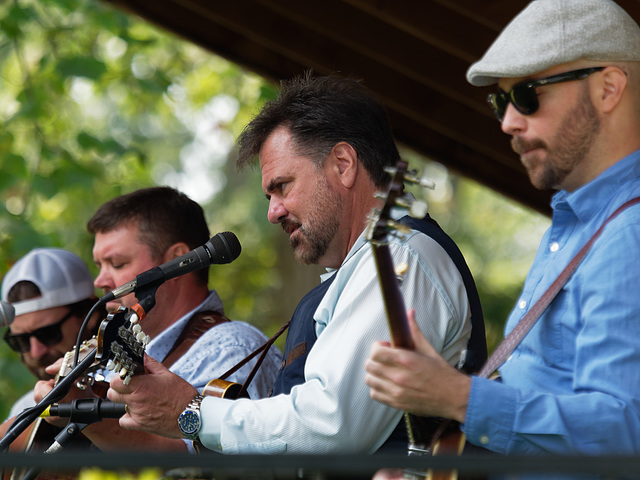 Steve Thomas has been active in Nashville's music scene for nearly forty years, mostly as a fiddle and mandolin sideman with bluegrass and country bands. I saw him with The Cardinal Tradition a few years back, and likely with the Osborne Brothers in the late 1980s (I confess I only really remember Bobby). Given his resume, I likely saw him with other groups and have forgotten. And not many years ago he and Mark Newton released one of my favorite bluegrass albums.

This group was obviously delighted to be on stage on September 15. Steve formed The Time Machine about a year ago, and they released their first single (Down in the Wildwood) last October. A new band, they'd only played a few gigs before the pandemic closed down the touring music industry.
CC BY-NC-SA 3.0 Joel Dinda Steve Thomas & the Time Machine also appeared