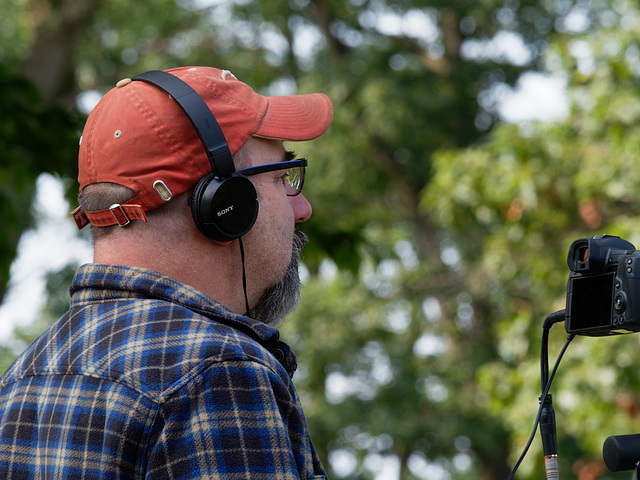 Nick's been the official photographer for the Milan Bluegrass Festival for several years, now, but this program was rather more ambitious.

He's a professional photographer; his day job is Collected Concepts, out of Alpena, where he tells me he's usually photographing jewelry. His company's got neat job titles.

Nick puts on the Sunrise Side Music Festival at Lost Lake Woods, which is near Alpena. We'd been hoping to attend this summer, but like most festivals it was cancelled. Here's hoping next year's better.
CC BY-NC-SA 3.0 Joel Dinda Nick Failla