Went to a Bluegrass Festival the Other Day 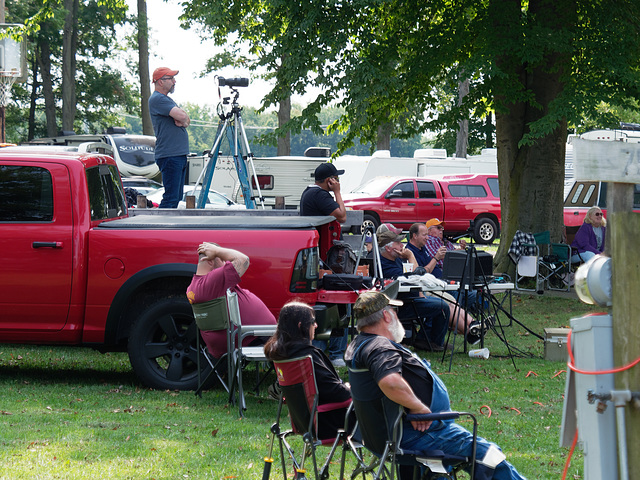 Got a call from Mark Gaynier about a month ago. Mark owns KC Campground near Milan, Michigan, and hosts the Milan Bluegrass Festival every August. This year's festival had to be cancelled, of course, but Mark wanted to invite me to an afternoon show with three bands, and a small group of spectators.

So we and a couple dozen others spent a Tuesday afternoon at Mark's place, listening to music and chatting with friends. It was a good day.

The bands were Huron Ridge, which is local, the Dave Adkins Band, an established national touring group, and Steve Thomas & the Time Machine, a new touring group with a veteran leader. The show was recorded--you can see Nick Failla and his camera in this photo--and Mark's posting parts of the program as pay-per-view shows to benefit the bands. The first show was Saturday, October 10, featuring Dave Adkins.
CC BY-NC-SA 3.0 Joel Dinda Went to a Bluegrass Festival the Other Day

Pam's clearly been to a festival....
4 months ago. Translate | Permalink