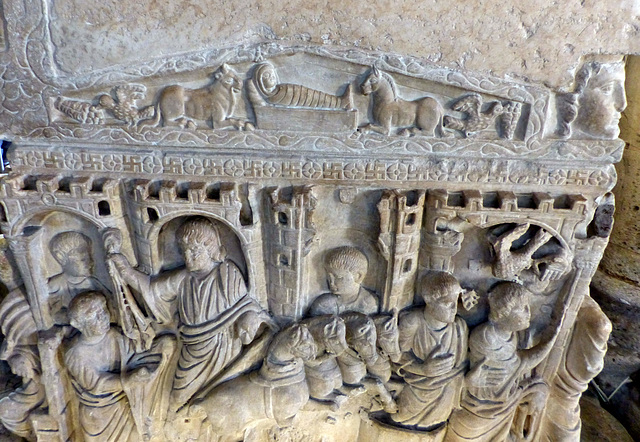 It is unknown, for whom this wonderful early Christian sarcophagus was made about 1700 years ago. It was surely important enough to be placed here and used as the base of the ambo. I´m not sure about the large scene, but above is swaddled Jesus, guarded by ox and ass.
Suggested groups:
Comments