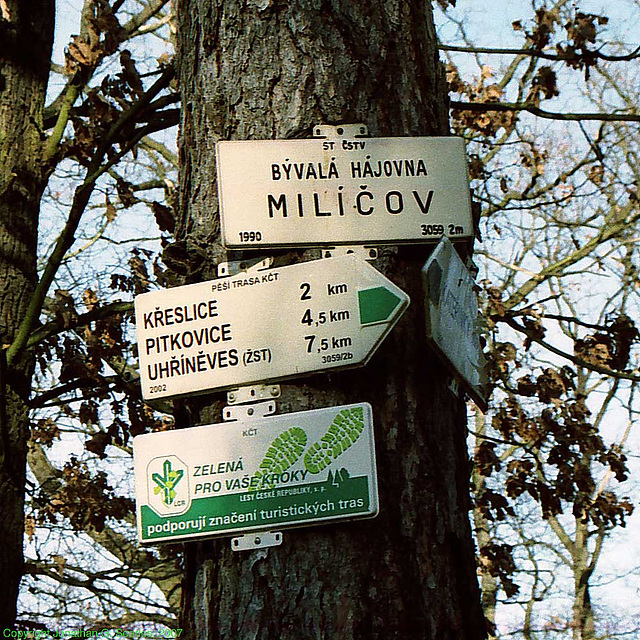 Just south of Sidliste Haje, at the southern border of the city, is this park, Milichovsky Les, which provides a striking contrast to Sidliste Haje. The trees mostly hide the Panelaks of the Sidliste, so that you would never know where you are if you didn't know the area. Notice that Kreslice, the nearest town to this part of Prague (although some maps consider it part of Praha 11, the street signs indicate that it's seperate, so I don't know who's really right), is only 2 Km. away. I don't know anything about Pitkovice, but Uhrineves is indisputably part of Prague.
Suggested groups:
Comments