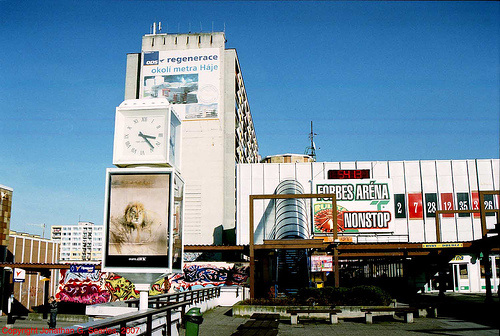 Forbes Area is a casino...yeah...in Sidliste Haje, built by the Communists originally. I'm not aware of when Forbes itself was built, or what it was originally, but this is one of several photos that I have of it, taken in March of this year.
Suggested groups:
Comments