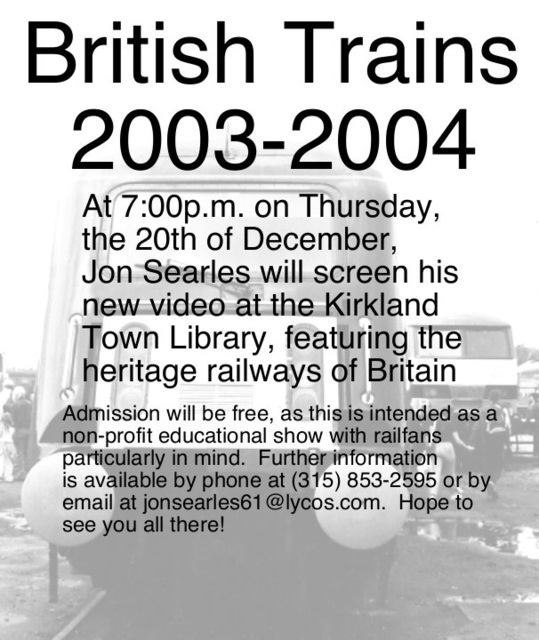 Well, it's that time of year again. This year I decided it would be a good idea to post the poster for my NRHS show to Flickr and iPernity to see if I can drag anyone more out of the house to come. I'll try to promote the show a little bit more over the coming days on my website and on the boards, but right now I have other things to do so it will have to just be the poster for now.

The show is going to be at the Kirkland Town Library in Clinton, NY, at 7:00p.m., on Thursday the 20th of December, as the poster says. NRHS members are high encouraged to attend, but you certainly don't have to be an NRHS member to come.

It will NOT be a slide show this time, but a video show like last time. I hope to do a slide show next time, as by that time I'll be out of good video, I think. When will that be??? I don't know, but probably next December or whenever I can get back to the Utica & Mohawk Valley Chapter's territory next.
Suggested groups:
Comments