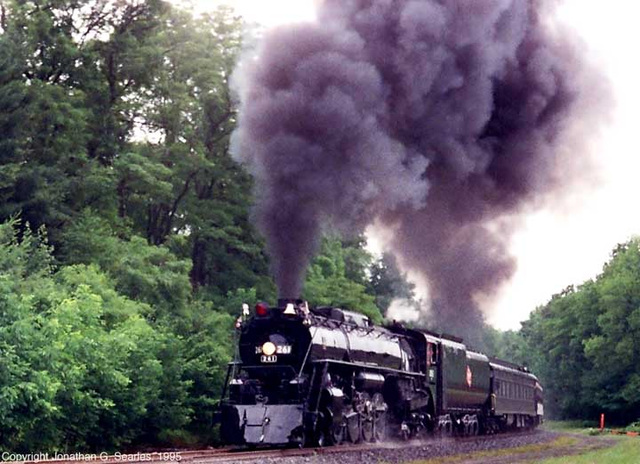 This shot, of former Milwaukee Road #261, was actually a photo runby, with two encores! There's nothing quite like a 4-8-4 being gunned. :-) The excursion was the finale for the 1995 NRHS National Convention. I've got some other shots just like this one on Flickr. Just look way back in my stream and around this one. :-)
Suggested groups:
Comments