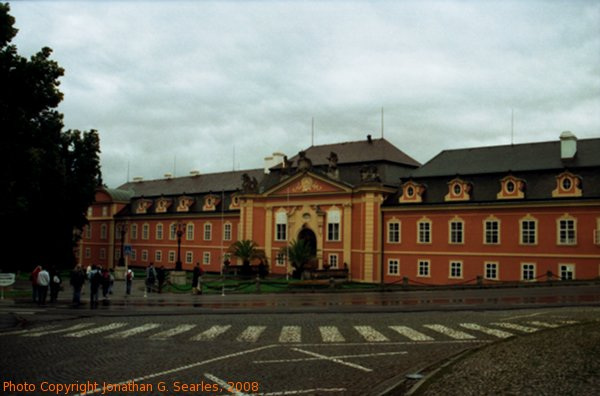 Classified as Rococo style, this chataeu dates to 1745-1765, and is the main tourist attraction in Dobris. Built by Jindřich Pavel Mannsfeld, it eventually became the property of the Colloredo – Mannsfeld dynasty. In 1942, the Nazi regime installed in Czechoslovakia confiscated it for their own use, and in 1945 it was handed over to the new Czechoslovak Republic. Before the family could reclaim it, the Communists took over the Czech government in the "Victorious February" coup of 1948, and kept it under government control. It took until 1998, 9 years after the "Velvet Revolution" removed the Communists from power, that the family regained control, although they fled to Austria years ago and now operate the chataeu as a tourist attraction, rather than as a residence. It also functions as a luxury hotel, and as a venue for private events such as weddings.
Suggested groups:
Comments