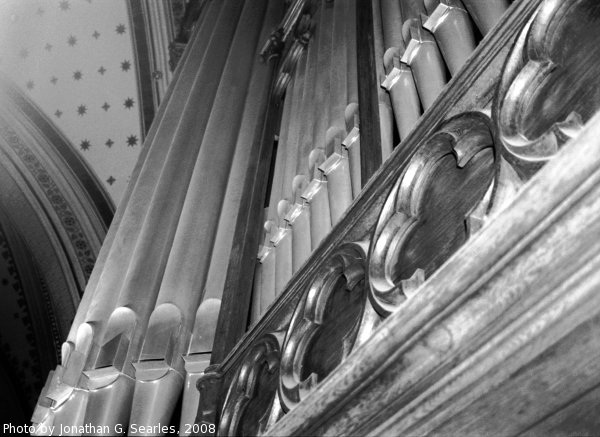 We also visited the cathedral while we were in Olomouc, and the highlight of this was a demonstration of the late-19th Century electric pipe organ (with the original knob and tube wiring). Many people disliked the ornamentation of buildings, churches, organs, and so on during the 19th Century, but in hindsight industrial-era engineering combined with pre-industrial taste produced a much better result, I think, than anything has since.
Suggested groups:
Comments