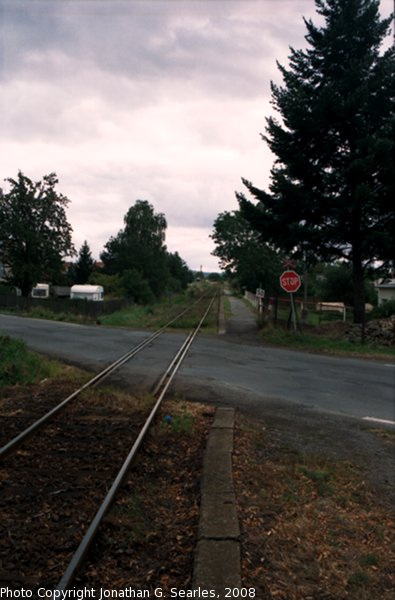 When we returned to Prague, rather than taking the bus, we opted for the train. We didn't embark from Dobris, but this came close to my longstanding desire to bash the branch to Dobris, minus the final stop at Dobris. This was the crossing at Stara Hut, where we did embark, and it was one of the crudest crossings I've ever seen, with only a stop sign and not even a pair of crossbucks.
Suggested groups:
Comments