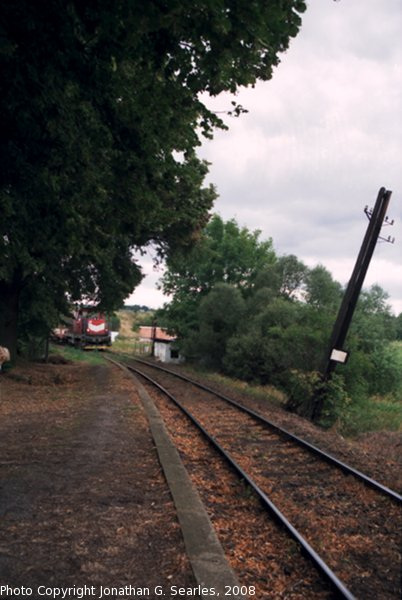 Here our train was just coming into view, allowing us also to see the ancient station building of Stara Hut, over in the distance to the right of the train. This shot I think conveys the simplicity of this station, as the only serious construction that went into it was the platform, which is so low that in the United States the train would probably be equipped with stepboxes. Czechs, however, are generally more fit than Americans.
Suggested groups:
Comments