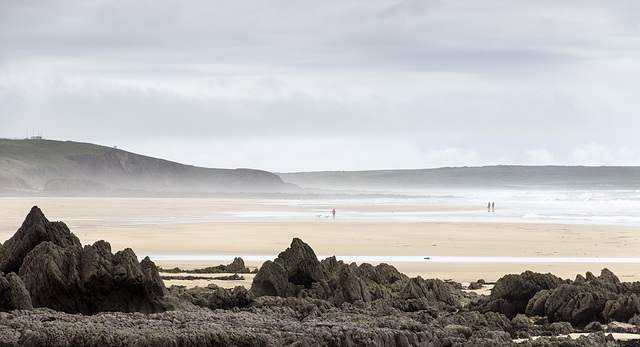 It was rather a dull morning, with a moody sky over the beach at low tide. This is looking south from Gravel Bay at the northern end of the broad sweep of Freshwater West in south Pembrokeshire. A beach-hugging haze of spray adds to the minimalist softness of the scene.

Annemarie has particularly liked this photo