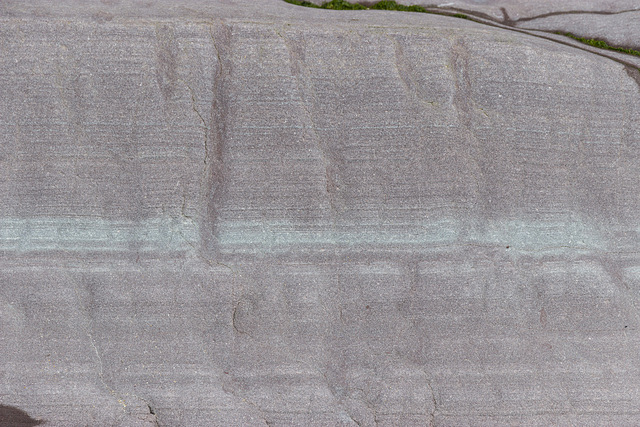 This photo shows a close-up view of the light purple sandstone bed with greenish laminae seen in the previous photo. The darker perpendicular features in the sandstone are trace-fossil Beaconites burrows. Having previously been tentatively ascribed to worm burrows or lung-fish burrows, they are now thought to have been made by primitive millipede-like animals.

The bed is approx. 50 cm thick (top to bottom) in this photo.

It is amazing what you find in rock formations. That greenish band in the sandstone is striking.
11 months ago. | Permalink
Earthwatcher club
has replied to Amelia Heath club

Thanks, Amelia!
The Old Red Sandstone coast in Pembrokeshire has some beautiful colours. Lots of reddish browns, as you might expect, but also whites and greens as you have commented.
11 months ago. | Permalink