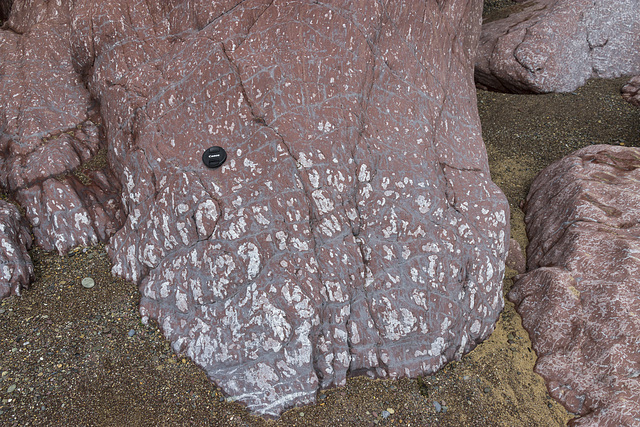 This photo shows an even closer view of a calcrete soil development in mainly reddened mudstone beds in the Moor Cliffs Formation at the western end of Gravel Bay. The white mottled patches are irregular carbonate patches.

The lens cap is 72 mm in diameter.