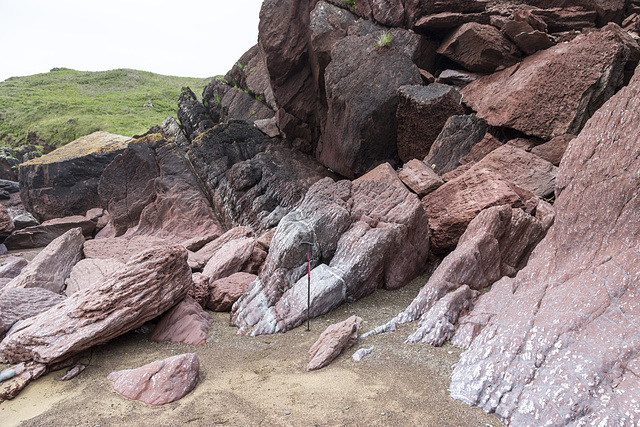 This photo shows the mainly reddened mudstone beds in the Moor Cliffs Formation at the western end of Gravel Bay. The white mottling in the mudstones shows extensive calcrete soil horizons. The sequence is dipping to the north (right) at approx. 65°.

The walking stick is about 0.9 m long.