Latest posted Navigate on the map Photos with specific people Most appreciated Most viewed Most commented Search by keywords Search by date
See also... dsglass'
favorite photos All the photos where
dsglass appears 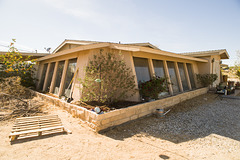 Three years and one month later... (original pic, from when i first came out to see the house, in the notes) I gave the roses pretty drastic haircuts at the end of last summer; at one point, some of the longer branches were brushing the edge of the roof. And I've cut down the orange flowers too; it always seems to spring back up within days. But I didn't remember just how small they'd all been when I first came out to look at the house three years ago... O.o (the tree in the corner of the planter - Chasteberry/monk's pepper ( vitex agnus-castus ) - was what prompted me to look for the older pics; the one in the backyard is bigger and more tree-like, and I was starting to worry about this one being right up against the house, and wondered who thought it was a good idea to stick a big old tree there... The tiny shrub they planted three years ago makes more sense. :) trying to dig it up so I can transplant it in a better location...) 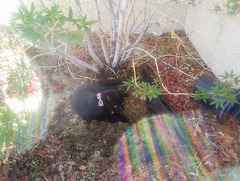 Digging up trees is hard work, especially with feline assistance... :) 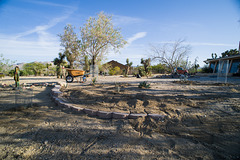 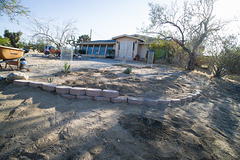 Kind of designing it on the fly; the number I plugged into the "how many blocks will I need?" calculator was maybe 1/3 of the actual length of the border. I probably ought to measure the remaining length of the top row, and then mark out and measure the border on the next tier down; but more likely I'll just guess again... ;) 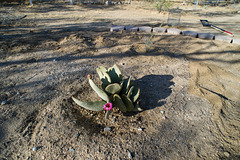 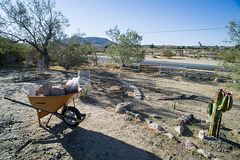 The Great Garden-Terracing project has begun! :D Just doing the top tier for now; maybe the next one down. 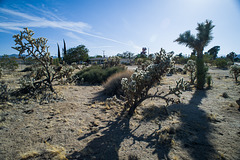 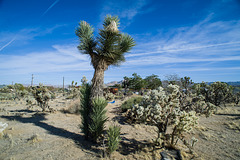 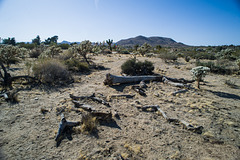 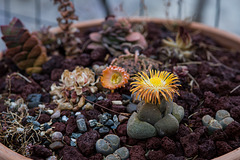 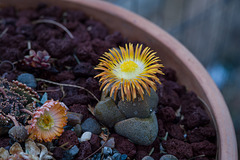 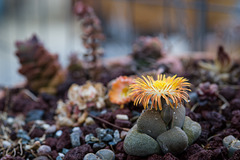 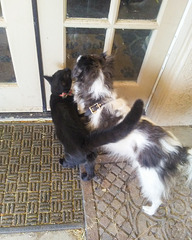 Ghost, after Sophie was at school all morning. <3 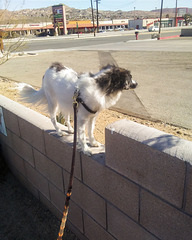 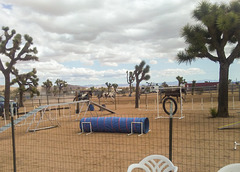 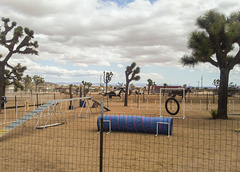 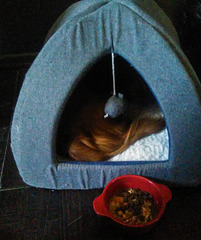 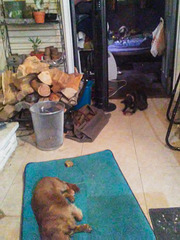