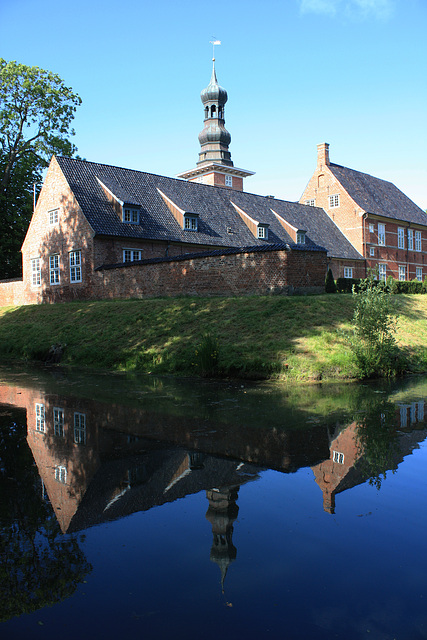 It was originally one of the residences of the ducal house Schleswig - Holstein Gottorf and served in the 18th and 19th century as an occasional residence of the Danish royal house.
The Husumer castle was established for Adolf I. from 1577 to 1582
The castle accommodates the music school of the county of north Friesland and the cultural office Foundation of north Friesland. The castle museum shows the formerly royal representation salons, the castle chapel and other rooms with equipment.
The castle park is formed as a landscape garden and is formed with lawns, round ways and groups of trees. The park is known supraregional for its annual crocus flourish which form a lilac-colored - from approx. 5 millions wild crocuses form a carpet in the park during the spring.