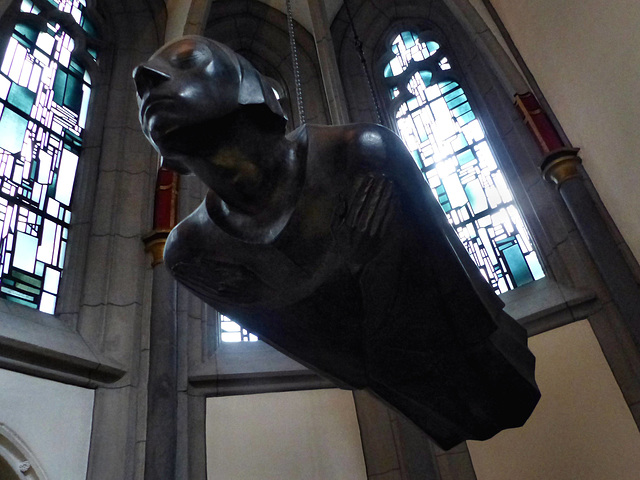 Built from 1350 as St. Antonius monastery church by the Antonine order ("he Hospital Brothers of St. Anthony ") who cared for the sick and had been resident in Cologne since 1298. The Gothic basilica got consecrated presumably around 1384. In 1802 it got secularized and handed over to the Evangelical Comunity by the Napoleonic administration. The severe damage during WWII was repaired by 1952. The church is located at Schildergasse, one of the busiest pedestrian streets in the very city of Cologne. It is a place of silence amidst noisy Cologne.

An outstanding work of art is the sculpture "Der Schwebende" ("The Floating") in the north side chapel, which many consider Ernst Barlach's main work. Ernst Barlach (1870 – 1938) was a German expressionist sculptor. He created the sculpture for the Güstrow cathedral as a memorial to those who died in the First World War.

In 1937 the Nazis removed the original as so-called "Entartete Kunst" ("degenerate art") from the cathedral and melted down in 1941.