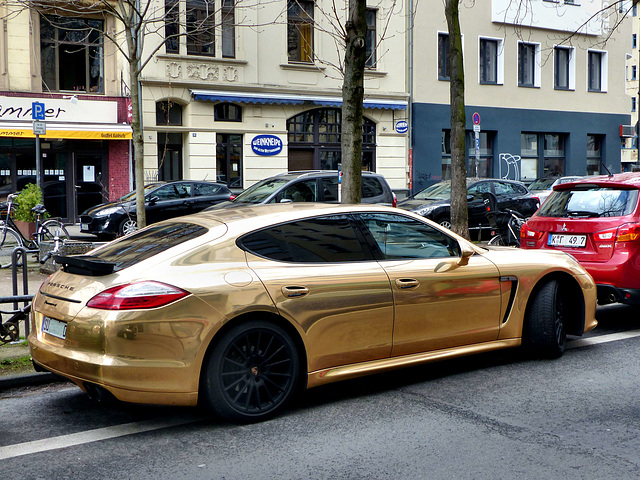 The Südstadt is a vibrant area with many bars, pubs and restaurants. Over weekends such a place attracts, of course, many young visitors from outside Cologne, who want to party here - and do so.


"Posers" are another group entering the Südstadt from time to time. They come as well to show their cars. Some of the cars have an enormous sound. This poncey golden Porsche is an example of such a "show car". It's all just surface, but maybe I just can't "read" the message behind the golden foil.