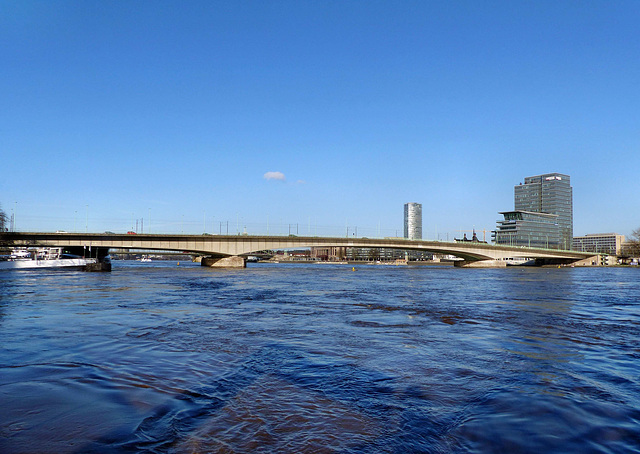 -
The first bridge crossing the Rhine at this point was built around 310 by the Romans. This was a wooden structure on stone pillars

The "Deutz Bridge", a suspension bridge, was built from 1913 to 1915. It collapsed in February 1945 during repair works and was replaced in 1948 by the world's first steel box girder bridge. With a total length of 437 meters. From 1976 to 1980, a second bridge with the same profile was built and connected to the old bridge in such a way that the tram was given its own two-track track structure between the directional lanes. The width of the combined bridges was now 31.50 m.
Suggested groups:
Comments