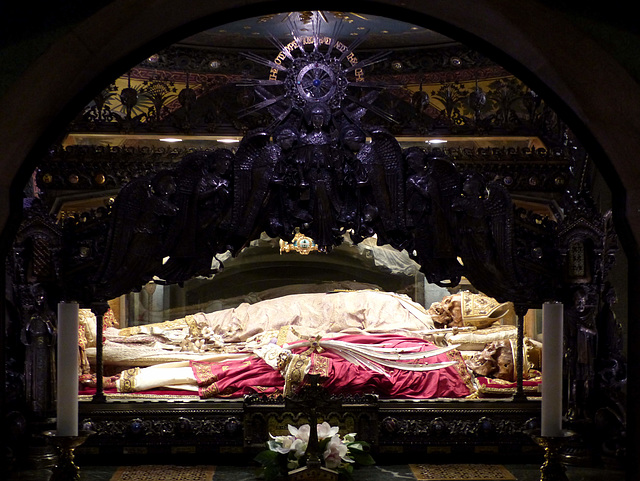 Down in the crypt, built in the second half of the 10th century, are the holy bodies of SS Ambrose, Gervasius and Protasius. Saint Ambrose is in the center, dressed in white pontifical robes. He holds a crozier and wears a mitra. The two martyrs Gervasius and Protasius (only one can be seen) wear white surplices and golden crowns. In their hands is a palm, symbol of martyrdom.

Philippe_28 has particularly liked this photo