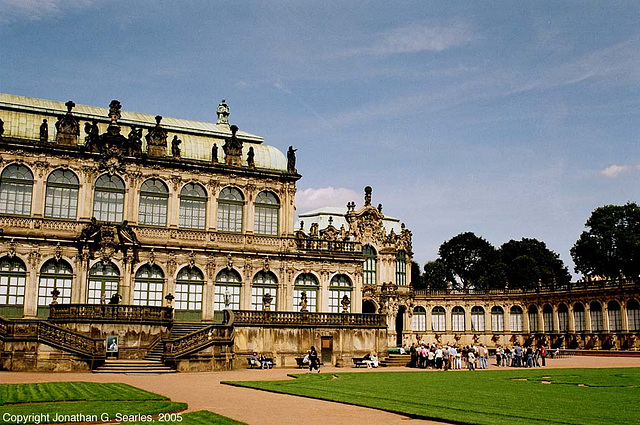 The current Zwinger Palace was constructed in 1710-1728 by Augustus the Strong, using the foundations of an old armory. It was originally a stable, or "Zwinger," not for horses, but for artillery, hence the name. Although mostly destroyed during the bombing of Dresden in 1945, it was reconstructed after the war and is now a major tourist attraction.
Suggested groups:
Comments