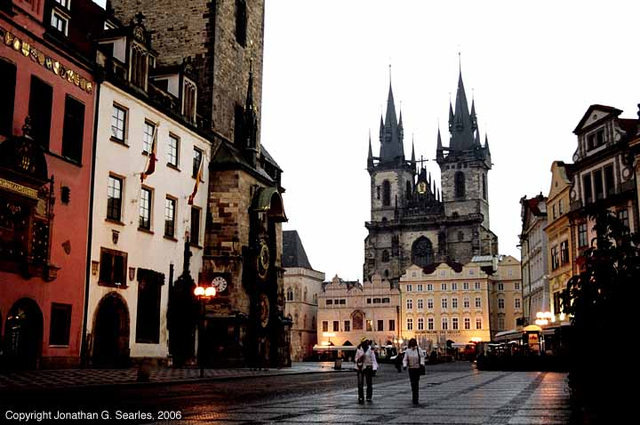 I took this in the early morning during my photo shoot of the Prazky Orloj. I chose this time of day (about 0700) because the tourists wouldn't be in the streets yet, I hoped. In reality, there were a few, but very few, and I don't know really if they were tourists or Czechs. One thing I learned is that street and utility repairs seem to be done in the wee hours of the morning, when the tourists aren't there to be inconvenienced. If you can't see them here, I'm not sure if they're in the picture. They should be off to the right. Digging up the street only at extreme hours of the early morning might be a nice idea, so long as you're digging up cobblestones and not using jackhammers, but it I doubt it would be the most desirable work assignment.
Suggested groups:
Comments