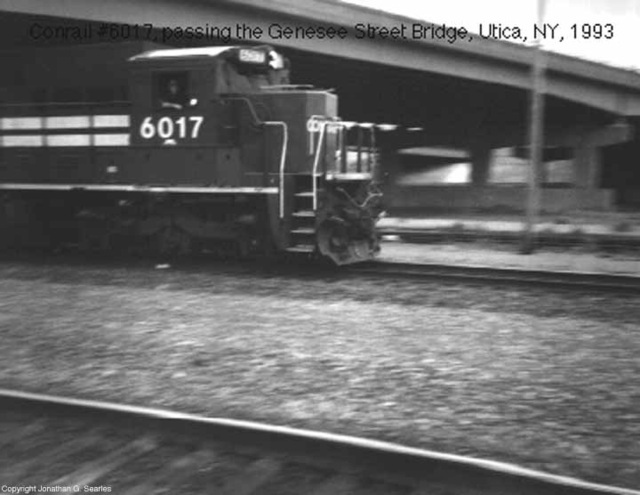 I took this on the same day as the 6399 shot, scanned it in 1994, and uploaded it on Oct. 26, 2006, without a rescan!!! That's when I discovered the date on the 6399 shot was wrong. I've corrected it at least on the caption, although the photo remains wrong. In any case, I didn't used to like this photo so much, but looking at the other stuff on Flickr, this one holds up surprisingly well. It's not only, I think, a decent black and white scan, but a very old one. It's only a year newer than the original negative and print!!! I had an Omniscan black and white scanner then, and I haven't gotten around to rescanning this shot. It was originally color, shot with Kodacolor Gold 400, I think, but it's now, for obvious reasons, black and white, and it might be a better shot because of it. It was my first truly successful pan shot, so it's significant to me for that reason, too.
Suggested groups:
Comments