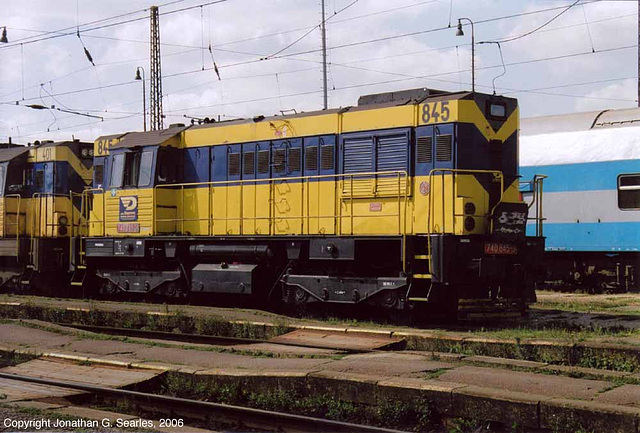 During the 1960s and 1970s, when diesel hood units with conventional cabs and sometimes high noses dominated American railroading, Western Europe shunned them. Very few Western European railways used any diesels on the grand scale that American railroads did, with the exception, possibly, of Ireland and Britain, but Eastern Europe was another story. There, the scene could look quite American, especially since much of the Warsaw Pact network was neglected by the various Communist governments. In any case, most of the equipment of the Communist era was inherited by the post-Communist governments and railways, and much of it was sold to private owners. This included many of Ceskoslovenske Drahy's Class 740 hood units, built 1973-1989 by CKD, which largely went to maintenance contractors and heavy industries seeking to switch their own sidings. One of the maintenance (or possibly renewal-only) contractors is the vaguely named Doprava, which is Czech for transport. Given that these ones were working a ballast train, their 70Km/h top speed and 1183 horsepower output apiece probably didn't keep them from performing their duties. Given what they were doing, namely working on an upgrade to the Prague-Vienna mainline (Linka 221 and 220 by Ceske Drahy's line ID system) for 160Km/h operation, it's understandable why Ceske Drahy wanted to get rid of them, though.
Suggested groups:
Comments