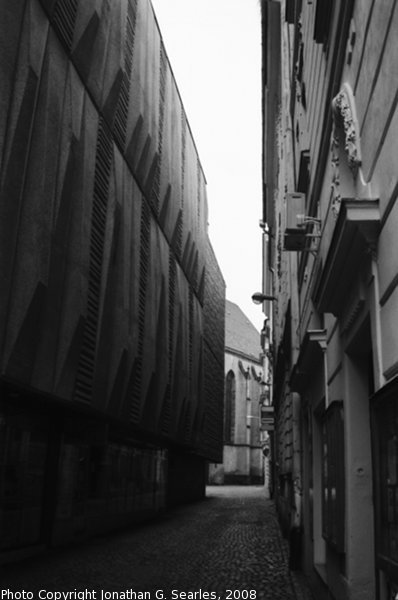 This was taken during my second trip to Olomouc, a bus trip that I took with UJOP during the summer. This is one of the narrow streets of Olomouc that, surprisingly, is somewhat of a shopping street. The largest shopping center on the street is Prior, which is on the left in this picture. It's a Communist-era building which has recieved heavy criticism not just for its dated design, but also because it blocks the view of the neighboring, and historic, Kostel sv. Moritz.
Suggested groups:
Comments