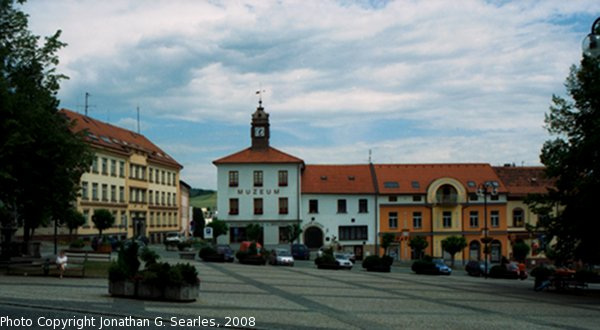 This is the town museum of Sedlcany, with the clock tower, which has a great deal of local exhibits, of course, but my best story from this place was that a guy there was collecting U.S. State quarters. He just wanted me to mail him some, but I told him, in broken Czech and German, that I lived in Prague. He seemed to think that I went to the U.S. practically every week, so he just asserted that I should pick some up the next time I'm home. Eventually, I got out of any deals, but I still would like to track him down sometime. The problem is that he doesn't use the internet....so....what could I do???
Suggested groups:
Comments