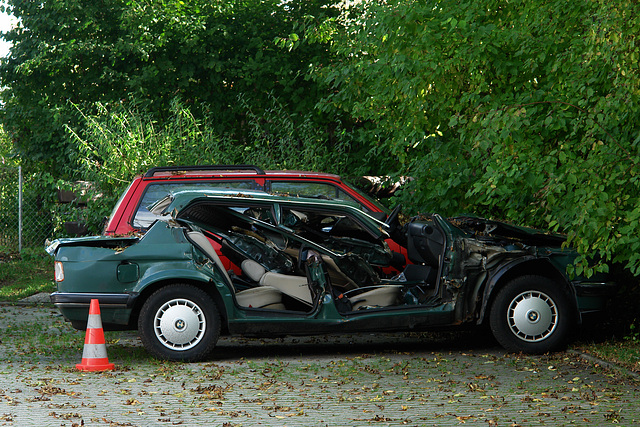 A disturbing sight. One can only hope that no one was inside this car when “it” happened; otherwise chances of survival must have been minimal.

When I first used the Ipernity uploader, drag&drop wouldn’t always work, so I developed a habit of using the Flickr uploader instead, and then forward the file to Ipernity with the well-known GreaseMonkey script. It may sound silly, but this way I have two backups, and easier control over the order and quantities of pictures appearing on Ipernity.
Anyway, the Flickr uploader reported a failure in uploading one file of seven, this one. Last night, I dreamt that I got a mail from Flickr saying that I should have classified this picture as “restricted”. I find this very strange: I don’t have a Flickr trauma (or do I???), and always believed I had turned to Ipernity only for reasons of solidarity...

Delirium has particularly liked this photo