Hamburg Now and Then - View from the Belltower of St. Michaelis - East 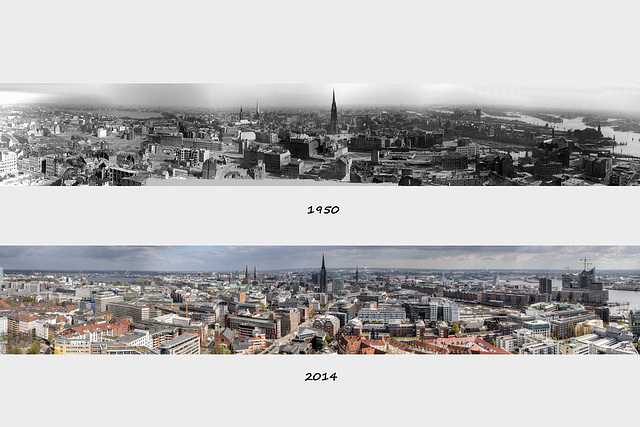 Enlarge for plenty of details and compare!

The panorama of 1950 has been stitched from 6 old prints, taken by my dad mid April 1950, shortly after the tower had been opened to the public again. The rubble from the allied bombing raids of 1943 to 1945 has been cleared already but 70% of the buildings of the city are still in ruins.

The panorama of 2014 has been taken on April 11th, 2014. It shows a booming city with all scars from the war removed and all the gaps finally closed.