I'm about to escalate 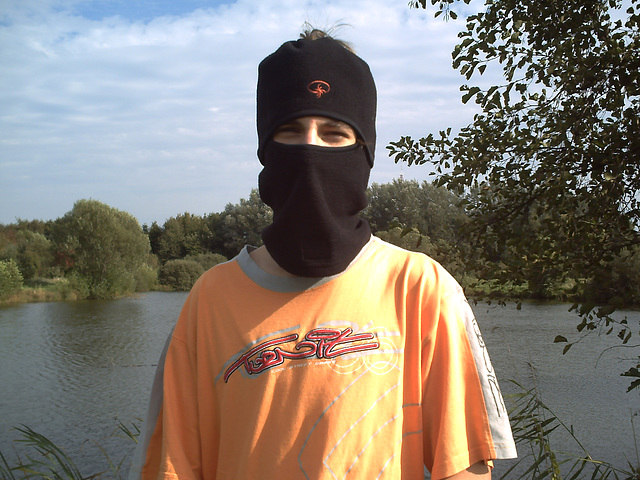 Since today 6am I´m living in an official so called danger area. Well, myself and about 60,000 other people of Hamburg. Because the police decided it this way.

You can get arrested without a given reason (or because you looking the wrong way, wear the wrong clothes, being in the wrong age). You can be sent off from at least 3 districts ("Platzverweis"), and your bags can be inspected without any further reasons given.
Well, or given by special police-rights, given to the police and by the police of Hamburg. Rights which they have only in so called "liberally" Hamburg (wikipedia).

Well, mostly this actions will be for people of color or people who are looking "leftish" in the eyes of the police, but sometimes it´s enough if you going shopping and wearing a black jeans - because "all leftish people wear such clothes".

Reasons?
A police-station was attacked two times. First time there where 3 broken windows and 5 demolated police-cars, second time there where 2 attacked police-guys (one with a stone, another one by (maybe their own) pepper-gas).
And a allowed demonstration which was stopped after 50m of walking by the police because it was starting to demonstrate "to early". The germans are a in-time-folk, don´t be to late - but of course don´t be to early, too, otherwise it´s up to the police to stop and escalate it by riot-units.

After the demonstration with about 10,000 people was stopped and ended by the police after 50 meters (youtube), which ends in some riots, of course. By whom? Well, both.
Or how did you mention it when such things will happen like here, when riot-cops running in a just standing-there group of a few thousend guys, spraying pepper-spray and knocking with their sticks at everyone which they can attack?
Well, afterwards it was looking like here, which was no doubt and will be predictable if a allowed demonstration will be attacked in this way like seen before.

Afterway the police argumented there were stones trown before at the police, but nothing of it was visible or hearable on many videos on youtube.

I'm about to escalate
I´m far away from being radicalic, but it wasn´t just the demonstrators who are escalating in these days. The police already announced that they will be probably shot next time, and was in need of teaser, a potential deadly weapon (which won´t help against stonetrowers, ahm...).

Currently everyone, mostly the politics and police, are going to be crazy, and every moring you are asking yourself what will be happen at this day. Next steps in escalation will be the State of emergency or the "Bundeswehr" (army) will be acting against the own citicens- well, this needs a modification of the "Grundgesetz" (Basic Law for the Federal Republic of Germany) - but in the eyes of an obviously dangerous guy of Hamburg it doesn´t seem to be this far away from it. Or maybe we need a curfew? Or laws of war? If I read the boulevard-news here I can trust we are already in war. Against police, against gouverment, or - well - against every civilan living in a specific area of Hamburg. We are just around 60,000 potentially fighters here, losing some of their civil rights because of that.

How it was before
Hamburg was a liberal city some years ago (well, 20 years ago), but mostly startet by Law and Order Offensive Party it tends to be changing first the other party which was the goverment (Christian Democratic Union), but now even the so called Social Democratic Party, which was the goverment of Hamburg currently wasn´t that socialdemocratic at all. They changed to a new one of Law and Order - Party.

Search for #gefahrengebiet at twitter is start to going international, tweets in many languages are tweeted now.
8 years ago. | Permalink

Looks like it is getting really serious =(
8 years ago. | Permalink

They are trying to introduce similar laws in the UK. They want powers to make illegal causing alarm by the way you look. So far the House of Lords has done good work in throwing out the worst excesses of our repressive government.
8 years ago. | Permalink
ୱ Kiezkickerde ( ͡°… club
has replied to tarboat club

Yes, seems to be always their way if there are something like powerful demonstrations on the streets... I can´t count the times they are using it in Hamburg already...
And if I watch to the Ukraine for the moment ("Euromaidan") I´m wondering what could be the reason for the last one (a few broken windows and two hurted policeguys are their official given reason).
8 years ago. | Permalink
tarboat club
has added
Update: The government finally forced it through by 1 vote. :-(
8 years ago. | Permalink
ୱ Kiezkickerde ( ͡°… club
has replied to tarboat club

That´s democraty. ;-) But of course such wide laws should be standing on bigger feets than just a single between minority and others...
Here for the moment seems everything calm down a little - but one of the reasons for the demonstration will be under attention again - because the so called Essohouses, which are the icone for gentrification in Hamburg will be demolished in these days - starting by their gas station a few days ago as preperation, going on to the two big houses in march. I suggest then the struggle and protests will start again.
8 years ago. | Permalink