Latest posted Navigate on the map Photos with specific people Most appreciated Most viewed Most commented Search by keywords Search by date
See also... ɱ ƕ's
favorite photos All the photos where
ɱ ƕ appears 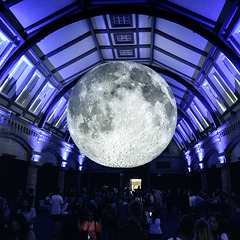 The touring artwork by UK artist Luke Jerram was on display in the Jerwood Gallery from 17 May 2019 to 5 January 2020. Museum of the Moon, a six-metre spherical sculpture suspended from above, features high-resolution NASA imagery of the lunar surface. Allowing visitors the chance to see the far side of the Moon, the artwork will offer a new and exciting perspective of Earth’s celestial neighbour. The sculpture is accompanied by a surround-sound composition by BAFTA and Ivor Novello award-winning composer Dan Jones. 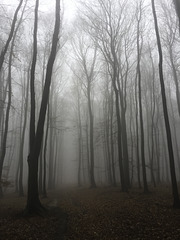 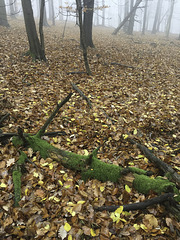 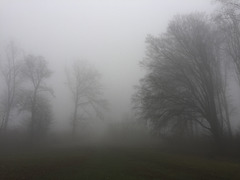 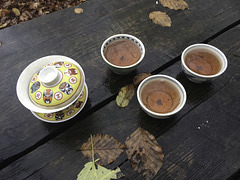 tea party in a forest 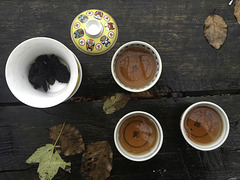 finally back to town (double xpsr)

Such huts are commonly seen in the villages of Rajasthan. The material used to construct these huts is a mixture of mud and cow dung which is used to make it termite free and antiseptic. The roofs are made by local grass. The house is often decorated by designing the walls from outside with mandana and paintings depicting the culture of Rajasthan.

One cannot leave the state of Rajasthan without experiencing camping in the desert. Sleeping on mattresses under the open sky in the Thar desert provides a spectacular view of the stars above. Nearly half of Rajasthan is a desolate desert, receiving very little rainfall. On the western edge of Rajasthan, just 100kms from shared border with Pakistan, is the city of Jaisalmer. The city came to prominence because of its strategic location along an ancient trade route linking India to Central Asia, Egypt, Arabia, Persia, Africa and the West. Traders would use camel caravans to cross the inhospitable desert. Those glory days when rich traders built elaborate havelis slowly declined over time as Jaisalmer lost its strategic advantage with the rise in popularity of the sea route. 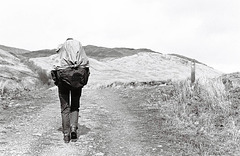 Beginning of the trek

The West Highland Way was Scotland's first long distance route and remains by far the most popular. Stretching for 151km from Milngavie on the edge of Glasgow to Fort William at the foot of Ben Nevis, the route offers a fabulous introduction to the Scottish Highlands. Those wanting to add an extra days walking could even begin in the heart of Glasgow, reaching Milngavie by following the Kelvin Walkway. It offers tremendous variety, beginning in the pastoral landscapes beneath the Campsies, past the serene beauty of Loch Lomond, and on into increasingly rugged and majestic Highlands. It then crosses the vast, awe-inspiring expanse of Rannoch Moor, with a glimpse down Glencoe, before crossing the hills to lovely Loch Leven. The route finally reaches Fort William via beautiful Glen Nevis. The very keenest could continue from the town by walking the Great Glen Way, or the unofficial East Highland Way. Credits: www.walkhighlands.co.uk/west-highland-way.shtml 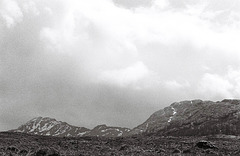 The Highlands lie to the north and west of the Highland Boundary Fault, which runs from Arran to Stonehaven. This part of Scotland is largely composed of ancient rocks from the Cambrian and Precambrian periods which were uplifted during the later Caledonian Orogeny. Smaller formations of Lewisian gneiss in the northwest are up to 3 billion years old. The overlying rocks of the Torridon Sandstone form mountains in the Torridon Hills such as Liathach and Beinn Eighe in Wester Ross. These foundations are interspersed with many igneous intrusions of a more recent age, the remnants of which have formed mountain massifs such as the Cairngorms and the Cuillin of Skye. A significant exception to the above are the fossil-bearing beds of Old Red Sandstone found principally along the Moray Firth coast and partially down the Highland Boundary Fault. The Jurassic beds found in isolated locations on Skye and Applecross reflect the complex underlying geology. They are the original source of much North Sea oil. The Great Glen is formed along a transform fault which divides the Grampian Mountains to the southeast from the Northwest Highlands. The entire region was covered by ice sheets during the Pleistocene ice ages, save perhaps for a few nunataks. The complex geomorphology includes incised valleys and lochs carved by the action of mountain streams and ice, and a topography of irregularly distributed mountains whose summits have similar heights above sea-level, but whose bases depend upon the amount of denudation to which the plateau has been subjected in various places. 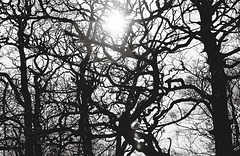 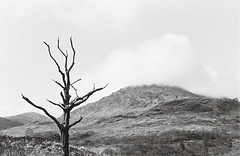 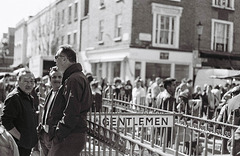