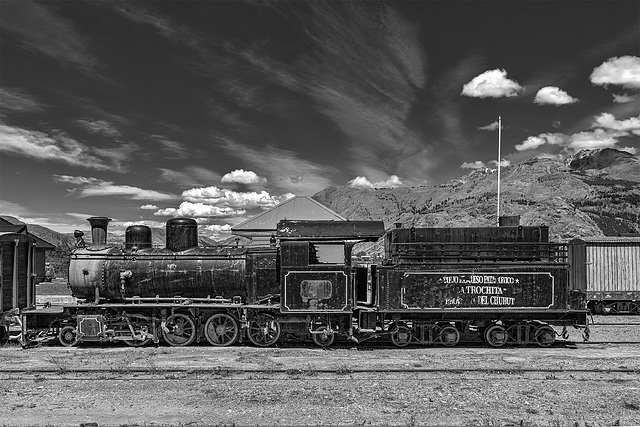 out of the current series:
La Trochita (official name: Viejo Expreso Patagónico), in English known as the Old Patagonian Express, is a 750 mm narrow gauge railway in Patagonia, Argentina using steam locomotives. The nickname La Trochita means literally "little gauge". The Trochita railway is 402 km in length and runs through the foothills of the Andes between Esquel and El Maitén in Chubut Province and Ingeniero Jacobacci in Río Negro Province, originally it was part of Ferrocarriles Patagónicos, a network of railways in southern Argentina. Nowadays, with its original character largely unchanged, it operates as a heritage railway and was made internationally famous by the 1978 Paul Theroux book The Old Patagonian Express, which described it as the railway almost at the end of the world. Trains began to run on the completed parts of the line in 1935.

Some other photos of this locomotive
www.ipernity.com/tag/berny/keyword/538467

Suggested groups:
28 comments - The latest ones