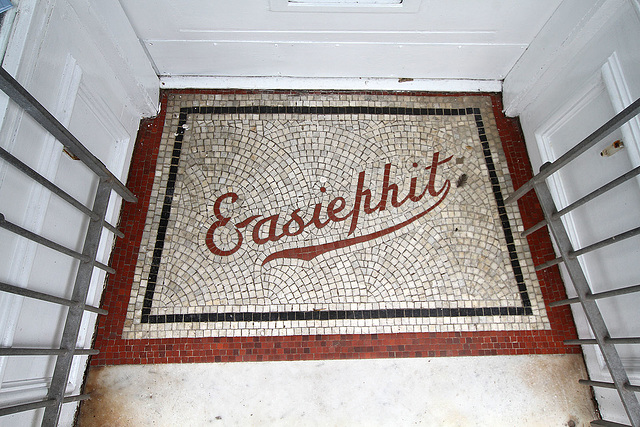 Mosaic entrance step at a former shoe shop in Maryport.

The 'Easiephit' brand of footwear was manufactured and sold by James Greenlees & Sons of Paisley. In March 1919 a new company was floated - Greenlees & Sons ('Easiephit' Footwear Ltd.), under the chairmanship of Harry Dunsmore Greenlees, one of James’s younger sons. By 1935, when 12 shops were bought from R. & J. Dick, there were 260 'Easiephit' shops. It had become one of the principal national shoe chains of the day. In February 1957 a bid from Great Universal Stores (GUS) was accepted. There were 380 'Easiephit' branches in the UK in 1973, probably representing the peak of the enterprise. The brand seems to have disappeared in the later 1980s.
Suggested groups:
Comments