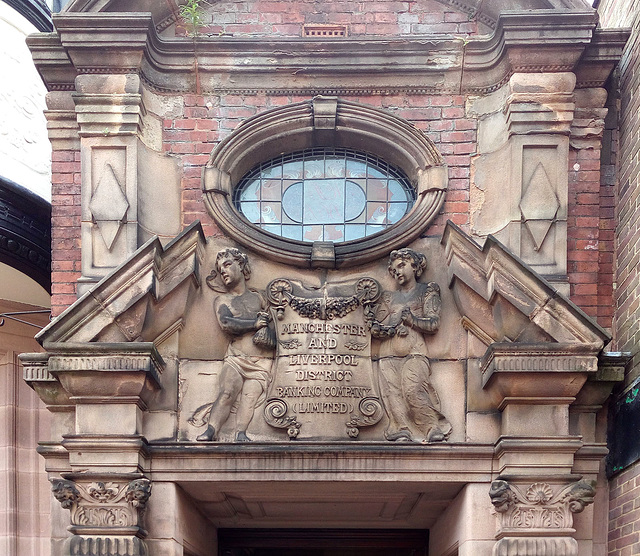 This joint stock bank was promoted in 1829 by Joseph Macardy, a Manchester stockbroker, originally under the name District Union Banking Co. Before it commenced business in December 1829 it was renamed Manchester & Liverpool District Banking Co and acquired the Stockport private bank of Christy, Lloyd & Co. The bank was renamed District Bank Ltd in 1924, a title by which it had long been popularly known. In 1962 the bank was acquired by National Provincial Bank, but it continued to operate independently until 1968, by which time it had 570 branches. In 1968 National Provincial Bank announced plans to merge with Westminster Bank. Extensive preparations were made, and from 1 January 1970 the three merging banks' names disappeared from the high street, being replaced by National Westminster Bank of which this is now the Leek branch.