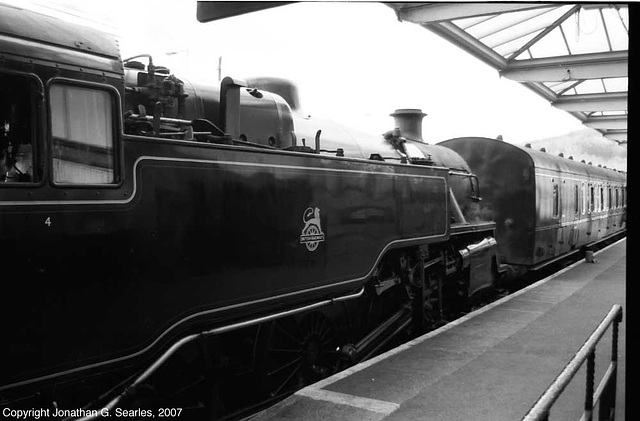 I'm again not sure of the correct order of these shots, but this is a shot back at Keighley before either an earlier run than the first that I showed, or a later one after the first. This wasn't the train I rode, though, as far as I know.
Suggested groups:
Comments