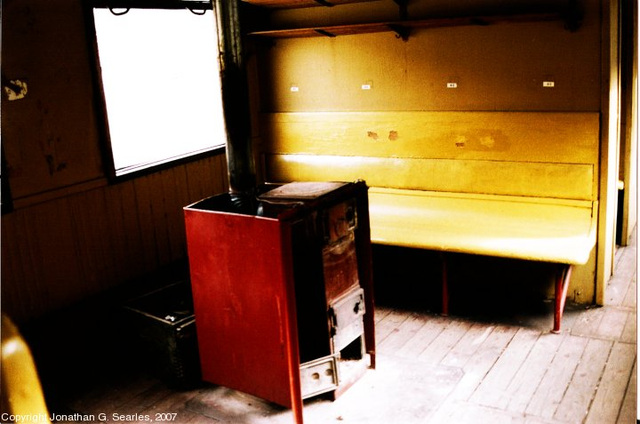 Ceskoslovenske Drahy used coal stoves for heating trains until surprisingly late in their history, and this particular passenger car wasn't built until the early 1940s, although it looks 100 years older because of all the wooden construction, and if you could see the outside, it's 4-wheel undercarriage, devoid of modern trucks or bogies. Rolling stock like this could be seen in Czech movies as late as the 1980s, although I don't know the precise year that they were pulled from regular service.
Suggested groups:
Comments